Two people create video evidence together that could help the woman living in the storeroom of the building escape from the situation she’s in. A one-to-one live art piece involving some lines she’s giving you, a webcam, and your encounter with her. Presented at Metanoia Theatre as part of 10C. 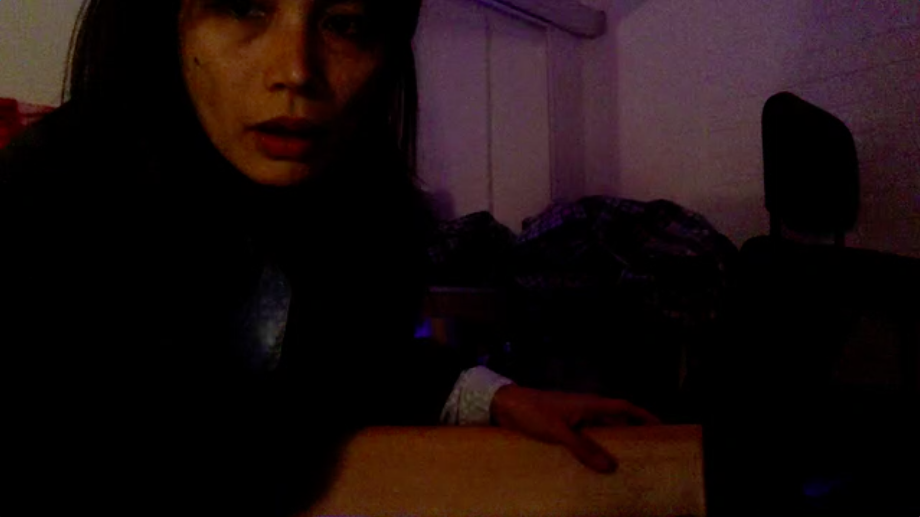 ‘Most impressive…This is one of those very intimate challenges for an audience of one and as such not for the faint hearted. It is a strong and moving work.’ – Suzanne Sandow, Stage Whispers. 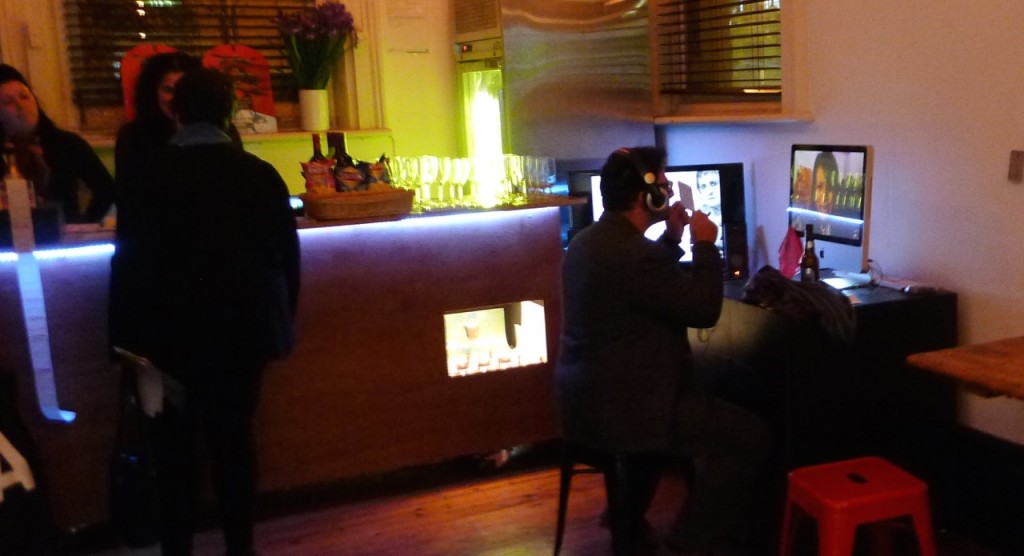 A very unique and powerful piece. It’s not often that theatre is so up-close, personal and in-your-face! An immersive, authentic and gripping experience. I love the idea that every person who went in to the  room emerged having had their own unique experience.

I really enjoyed the experience of walking into a contained room with the actor and quite quickly felt morphed from audience member to being part of the story line.

When I started asking the questions given to the actor I became part of the world and felt an overwhelming sense of sitting in the core of this woman’s life. It was a really interesting process and would have been fabulous to have seen everybody’s different reactions on video.

The experience was disturbing, chilling, and ultimately moving. I was astounded at how I oscillated between being a willing participant and a reluctant one, between experiencing love and pity and fear, between not knowing my role and yet performing it. All in such a short time. Truly striking and memorable.

I love the interactive experience of becoming part of the performance rather than just being a passive consumer. The performer was very convincing and I found myself feeling for her plight and using the words offered on paper to console her thereby participating in and becoming complicit in the piece. Well done and I look forward to further iterations on this theme.

Being set-up to sit and wait to enter a room stirred up expectancy and invited communications with other members of audience to discuss the wherefores of what waiting like this meant to us. The manner of the performance artist coming out also created a mystery as she grabbed and dragged individuals away. So once your turn came all your senses were heightened which I thought gave rise to more of a participatory nature, and the invitation to immerse oneself was sealed. Entering the recreated environment was also fulfilled by the performer inhabiting the space with her own details, in such that there was an ownership in there and one felt like you were entering into ‘her space’. Instructions were clear and made getting into role play an easy transition, then let the scene proceed. It was fun, revelatory, immersive, challenging and peaked my senses as the performer and myself lost ourselves in the moment of the scene. The timing of the script length was perfect, as one began to siege the story in its entirety and could invest more as it went along, but still left with wanting more, so much so I felt an impulse to improvise my own thoughts into the moment. A very satisfying and enlivened experience. Thank you.